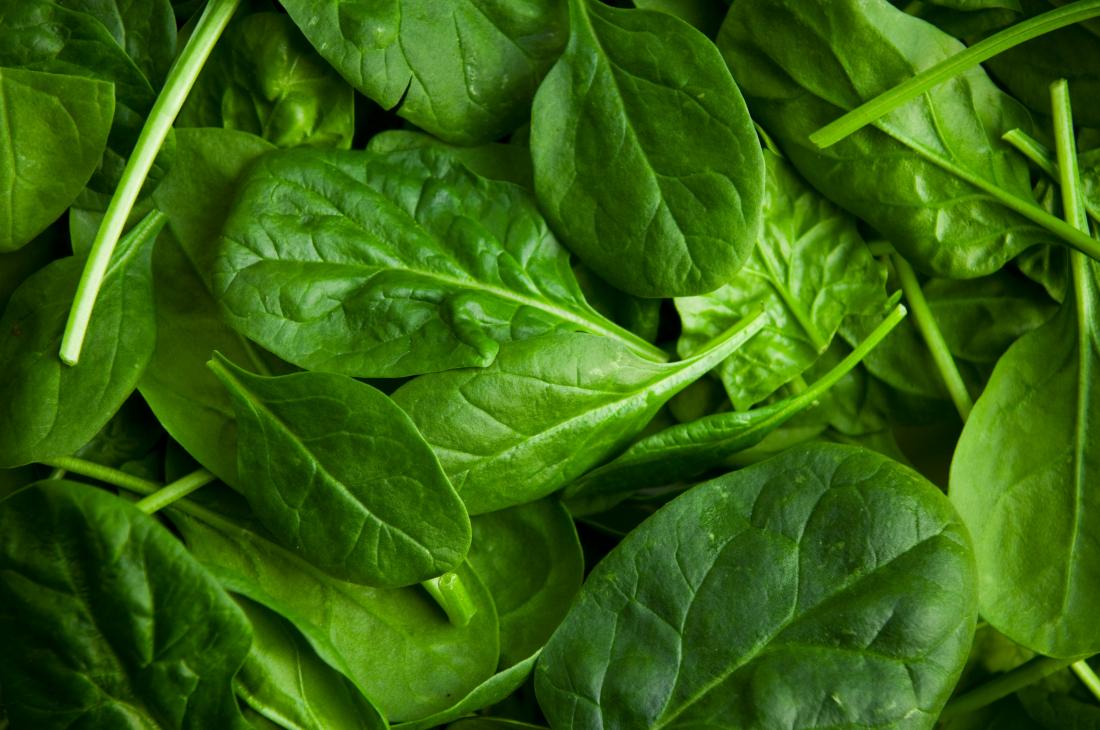 Cooling thermal nature; sweet flavor; builds the blood and stops bleeding-is a specific remedy for nosebleed; diuretic; laxative; moistens dryness of the body, quenches thirst, and is particularly useful in the treatment of diabetic dryness and thirst. Its cooling nature cleanses the blood of toxins that cause skin disease and dis­ charges marked by redness and inflammation.

According to Chinese dietary theory, spinach has a “sliding” nature, which facilitates internal body movements such as bowel action and urination, and thus is a treatment for constipation and urinary difficulty.

The rich iron and chlorophyll content of spinach builds blood. Its sulfur content helps relieve herpes irritations. It also has abundant vitamin A, which makes it valuable in the treatment of night blindness. The usefulness of the exceptional store of calcium in spinach tends to be neutralized by its oxalic acid content.

Cautions: People who tend to get kidney stones should eat spinach sparingly. Because of its sliding nature, spinach is not for those with loose stools, urinary incontinence, or involuntary seminal emission.

Spinach is only one of three vegetables I recommend boiling to free up acids and allow them to leach into the boiling water; this brings out a sweeter taste from the spinach. Discard the boiling water after cooking; do not drink it or use it for stock because of its acid content.

Use a large pot (3 quart) with lots of water and bring to a rapid boil. Add spinach to the boiling water. Bring water back to boil and boil for 1 minute. Remove spinach from pot, press out liquid with a fork, place in a bowl, toss with a dressing, and top with your favourite optional ingredients.

RDA – Recommended Dietary Amount recommendations are based upon calculations for a 40 year old very active man that I have adapted from USDA’s Dietary Intake Guidelines. Using this link you can make your own calculations